The municipally owned company Växjö Energi operates in one of Sweden’s fastest-growing regions. The company plays a vital role in the region’s development. Växjö Energi builds, manages and ensures the sustainability of the infrastructure that is required to meet the region’s needs for heating, cooling, electricity and broadband. 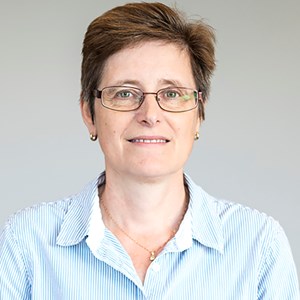 With an annual turnover of almost SEK 750 million and around 200 employees, Växjö Energi is a company with an eye on the future. Its plans include exploring new areas of use, new business models and new products. As part of its continuous improvement work, the company values the benefits of increasing operational effectiveness.

Budget work was one area the company identified as a process in need of improvement. Växjö Energi was not entirely without system support for its budget process – it used a solution based on spreadsheets.

“One of the challenges we faced with our old system support was the difficulty in getting an overview of the process and seeing different information and data at an early stage in the process”, says Ing-Mari Färdig, Controller at Växjö Energi.

At that time, budgeting was a time-consuming process that was primarily handled by the accounting function. As a result, the operational divisions were given a finished budget to follow, instead of one created through a common process based on their plans for operational management.

Växjö Energi implemented a Hypergene solution that provides support for Budgeting & Forecasting, but also offers powerful functionality for Strategic Management and Reporting & Analysis. Hypergene's flexibility enabled the company to focus initially on the area in greatest need of development – the budgeting process.

The implementation went quickly, and the solution was soon rolled out to operations. Hypergene's flexibility also supports the company’s ambition to more easily involve the operational units in the budget process.

Getting started with Hypergene was a smooth process for the organisation, and users found the new tool to be easy to use.

The budget process is no longer driven by the accounting function. Instead, it is almost entirely driven by the operational units. Users can now work with a driver-based budget, using measurements with which they are familiar. This has led to many positive effects. The level of participation has increased, as has users’ understanding of the results. And the fact that the entire organisation now works in one common support system has also improved the company’s internal communication.

“We have been given a common language for talking about various situations and developments,” Färdig says.

In considering the organisation’s strategy to improve its effectiveness, she is now looking to the future.

“We are now working on the development of other management processes. Part of this process involves using Hypergene in a number of other areas, including project monitoring, strategic management and reporting.”

Färdig sees the possibility to give operations quicker and easier access to both budget and important role-based information regarding finances and personnel and, looking further ahead, also operational data. The ambition is to gather the information in the Hypergene web portal.

“More accessible information will enable me to spend more time on performing analyses and highlighting the measures that need to be taken, instead of compiling data.” 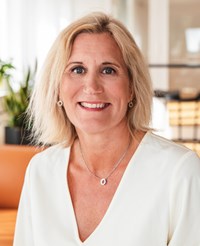